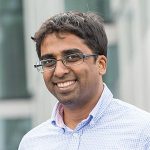 In cancer, many processes and functions of cells are changed. One such change is the presence of errors in the DNA sequence of cancer cells. By searching for these errors in blood samples from patients, one could use these as a means to detect the disease. In early disease, the presence of these errors in blood is scarce compared to normal cells, making their detection difficult. Recently, in addition to mutations, the DNA has also been observed to be chemically changed at an early stage. One such change (DNA Methylation) is vastly different in cancer cells and it covers larger regions of DNA, making it easier to detect. Analyzing these patterns from blood could be a viable means to detecting cancer in its early stages. In this proposal, we will map out the profile of patients who develop Acute Myeloid Leukemia (AML). We will use blood samples from a large number of patients that were diagnosed with the disease. Importantly, we have identified samples from patients who have particularly aggressive forms of the disease. Our objective is to create biomarkers to identify the disease early through blood samples, differentiate aggressive disease from benign ones. This allows us to treat lethal cancers with more aggressive therapy at an earlier stage. Together, we propose an exciting opportunity to detect cancer early and identify patients who could benefit from treatment before their cancer grows beyond control. 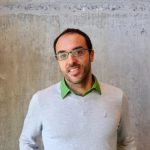 Liquor, tobacco and human papilloma virus (HPV) infection are major causes of head and neck cancer (HNC). Adult males often contract HPV infection via oral sex. People carrying HPV are at higher risk of developing HNC. Current HPV vaccines do not work in people already infected or in cancer patients. In the U.S., one in four persons are HPV positive. Thus, HNC will remain an important health problem for decades because of the high number of currently infected people. The major goal of our research is to design a cancer vaccine that works after disease onset.

Vaccination works by prodding the immune system to make protective antibodies. Our previous research suggests that antibodies against tumors are present for a short time as cancer grows. Now, we aim to learn how antibodies against tumors are made. We will use this knowledge to develop safe vaccine therapies to cure existing disease. Our approach is different because current immune therapies target cellular immunity, that is T cells, whereas we aim to exploit humoral immunity, that is B cells and antibodies.

This work will provide key data to push a patient’s immune system to make more anti-cancer antibodies and cure their disease. These new therapies will avoid marring head and neck surgeries and thus will improve how patients function. Importantly, our therapeutic approach can be extended to any type of cancer. In 2016, pancreatic cancer overtook breast cancer to become the third leading cause of cancer related death in the United States.  Therapies used to treat pancreatic cancer to date have provided limited benefit, indicating that an improved understanding of complex mechanisms of disease progression are needed to develop more effective therapeutic strategies.  Pancreatic cancer is characterized in part by an exuberant fibrotic and inflammatory reaction which infiltrates and surrounds tumors, together known as the tumor microenvironment.  The pancreatic tumor microenvironment both creates a harsh environment for cancer cells to grow, by limiting blood flow and nutrient availability within the tumor, but also provides factors that enable cancer cells to survive and adapt in the context of this nutrient-poor, challenging microenvironment.  I hypothesize that particular cells within the pancreatic tumor microenvironment known as stellate cells, have evolved mechanisms to “feed” energy to cancer cells to simultaneously promote their survival and growth, and to regulate expression of cancer-supportive genes.  To test this hypothesis, I will use a combination of patient-derived cancer and microenvironmental cells; these cell types will be cultured together to understand on a molecular level the impact of supportive cells on pancreatic cancer cell survival and behavior.  These mechanistic studies will be accompanied by investigation of relevant metabolic pathways in mouse models of human pancreatic cancer, testing both genes and pharmacologic agents which may inhibit microenvironment-mediated tumor growth.  Together, these studies have the potential to identify a novel metabolic liability of pancreatic cancer, which may be targetable for therapeutic benefit. 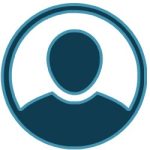 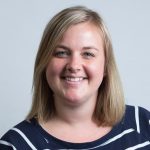 If detected early melanoma is usually curable with surgery. However, melanomas are often detected at later stages after cancer cells have metastasized and survival rates for patients with metastatic disease are less than 15%. Furthermore, some thin melanomas, even when detected early, lead to mortality. What defines this difference in outcome is largely unknown and suggests a need for new markers that can predict a patient’s risk. Recently, the cellular microenvironment that surrounds a tumor has gained significant attention as a critical regulator of tumor progression, response to therapy and resistance. Effective therapies that specifically target immune suppression by tumor microenvironments have been developed; however, our understanding of the specific way in which these therapies work is incomplete. A better understanding of which parts of the microenvironment suppress immune responses will not only allow for better prediction of patient prognosis but may also help enhance a patient’s response to new immune-based therapies. Lymphatic vessel growth in melanoma is correlated with poor prognosis and enhanced metastasis to lymph nodes, however, until now lymphatic vessels were largely ignored as players in host anti-tumor immune responses. Our recent work demonstrates for the first time that lymphatic vessels are immune suppressive in tumor microenvironments and impair therapy. This proposal will test the hypothesis that lymphatic vessels directly contribute to immune suppression and suggests they may be a novel marker both for risk stratification in melanoma patients and as a novel therapeutic target.

The poor survival of pancreatic adenocarcinoma (PDAC) patients is due partly to diagnosis at late-stages, concomitant with relatively ineffective cytotoxic therapies.  This poor chemotherapeutic response may relate to unique properties of the PDAC tumor microenvironment (e.g. poor perfusion, increased fibrous stroma), which may be a barrier to drug delivery.  We hypothesize a link between tumor stroma and microvasculature and have developed a steady-state MRI method that quantifies microvascular imaging biomarkers to study PDAC, using long-lived FDA-approved intravascular magnetic nanoparticles (MNP). By applying these techniques to angiotensin receptor-blockade, which directly effects fibrous stroma, we have demonstrated sensitivity to vascular normalization, a direct correlation with histologic assays, and improved drug delivery as measured by 18F-5 fluorouracil (5FU) positron emission tomography (PET). Based on exciting results from the Coussens, Varner, Bar-Sagi and Simon laboratories indicating that B cell-regulated pathways foster PDAC progression, and two reports from the Levy and Soucek laboratories, indicating that therapeutic targeting of Bruton’s tyrosine kinase (BTK) reprograms the immune microenvironment in PDAC to normalize vasculature and mobilize CD8+ T cells resulting in improve efficacy of gemcitabine (Gem) chemotherapy, we propose to quantitatively evaluate microvascular changes following BTK inhibition.  These provocative preclinical data are now being translated to the clinic in a funded (Stand-Up-2-Cancer (SU2C) Phase 2 trial).  The goal of this proposal, therefore, is to test the hypothesis that MRI measures of tumor microvasculature using MNP are surrogate biomarkers of therapeutic response to BTK inhibition by validating in mouse models and translating in humans participating in this SU2C trial.

Activating mutations of KIT are found in a number of human malignancies, including Gastrointestinal stromal tumors ( GIST, 80%), mast cell neoplasms (95-100%), melanoma (rare overall, but up to 25% of certain subtypes), seminoma (10-25%), and acute myeloid leukemia (<5% overall, but 20-40% of certain subtypes). Although KIT inhibitory drugs such as imatinib (Gleevec) have been effective for treating some of these cancers, the efficacy of these drugs is limited by primary as well as acquired drug resistance. Dr. Heinrich and his team have been leaders in the development of these targeted molecular treatments for KIT-mutant cancers. This proposal seeks to further improve treatment of GIST and other KIT-mutant cancers (e.g. melanoma), using combination therapy to simultaneously target KIT and other critical signaling pathways. Dr. Heinrich’s project will provide critical data that can be readily translated into the design and conduct of future clinical studies of the treatment of advanced KIT-mutant cancers. These studies will be conducted by a multidisciplinary team that includes: Dr. Michael Heinrich (Cancer Biology, Medical Oncology), Dr. Christopher Corless (Cancer Biology, Pathology, Animal Models), Dr. Jeffrey Tyner (Cancer Biology, Animal Models), Dr. Marc Loriaux (Cancer Biology, Pathology), and Dr. Harv Fleming (Animal Models of Cancer, Medical Oncology). 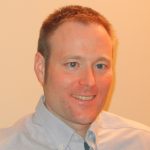 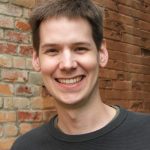