Funded by the Gastric Cancer Foundation 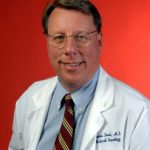 Funded in partnership with the Goldberg Family Foundation

We need better tools to screen for and diagnose cancer earlier and at a curable stage in individuals that carry inherited mutations such as BRCA1/2 and other cancer susceptibility genes that put them at high risk for breast, ovarian, prostate, pancreatic and other cancers. We propose to use powerful new approaches for “next-generation” DNA sequencing from standard blood samples to identify circulating tumor DNA mutations as a very sensitive marker of early cancers in high-risk individuals.  These “liquid biopsies” may prove to be a far easier and more sensitive way to screen for cancer than our current imaging based approaches using mammograms, MRI’s, etc.  To this end, we have been collecting blood samples from our genetically high-risk patients with and without cancer, and before and after prophylactic or cancer surgeries, for liquid-biopsy analyses using technology developed at Stanford. 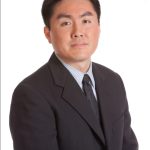 RAS is a gene when mutated causes a wide variety of human cancers. However, there is no specific therapy against cancers driven by RAS mutations. Metastatic melanoma is an aggressive skin cancer, and up to a third of cases are caused by RAS mutations. In this study, we propose to develop a specific therapy against RAS mutated melanoma. This therapy involves starting with one drug that optimizes the patient’s own immune system against the cancer followed by adding on a second drug that blocks an overactive cancer-causing pathway driven by mutated RAS. We will first test this therapy in animal models in order to understand the mechanisms. We will then begin to design and initiate a clinical trial to test this regimen in patients whose melanoma harbor RAS mutations. Thus, we will test the hypothesis that distinct drugs when combined in a specific sequence may have dramatic anti-cancer effects not expected of individual drugs. 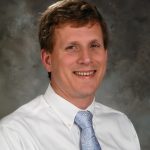 Funded by the UNICO Foundation
In memory of Frank Milo

Funded by George and Susan Levin

Funded by The V Foundation Wine Celebration Vintner Grant
for the Far Nient Partners, in honor of Stephanie Putnam