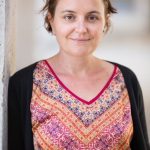 Fighting cancer is like a game a chess: each treatment can be followed by the adaptation of the tumor. Our next move requires the development of a novel treatment strategy. This is however a difficult task.

My research goal is to develop novel strategies to treat breast and ovarian cancers that are resistant to common drugs. Many breast and ovarian cancers are no longer capable to correctly repair DNA when it is broken. This Achille’s heel can be used to eliminate cancer cells without damaging healthy tissues. My research team has identified a novel protein that help repair DNA and that is essential in these cancers. Our goal is to develop a drug against this protein and to test if we can use it to kill certain cancers that became resistant to current treatments. 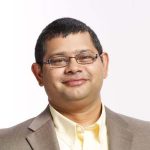 Brain cancers have recently surpassed blood cancers as the most common cause of cancer-related death in children. The big question we ask here is how we can make cancers easy to destroy from the inside by the body’s own soldiers. Modern cancer-treating drugs utilize the body’s defense mechanism to destroy tumors and have shown promising results against several cancers. However, most of these drugs have been developed against adult tumors and do not always behave similarly against childhood cancers. Furthermore, a lack of suitable targets that can differentiate childhood brain cancers from normal cells prevents the safe treatment of childhood cancers. This is more so due to our lack of understanding by which cancer cells hide from the body’s soldiers, especially in brain cancer.  While significant progress has been made in the care of children with medulloblastoma, some of those patients still suffer a lot. The cells create a signal on their surface which identifies healthy cells from diseased cells. It tells a particular type of cell called macrophages not to eat these cells. Macro meaning big and phages meaning eater mean Big Eater. The body uses some proteins to protect cells that should remain and help dispose of diseased cells. Cancers use this to create a force field to protect themselves. In this grant we will test how to reduce this force field on the surface so we can use the bodies soldiers to eat up the tumor. 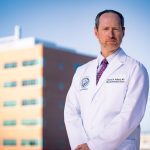 Myeloid malignancies (myelodysplastic syndrome [MDS] and acute myeloid leukemia [AML]) are very aggressive blood cancers that have limited treatment options. We have learned that these cancers have “stem cell” populations, which allow the disease to propagate, and are the source of relapse when it occurs. One cannot hope to cure these diseases without eradicating the stem cells, but that has historically been very difficult because so little was known about this cell population. We have recently made some breakthrough discoveries related to these stem cells; they have weaknesses that distinguish them from other cell populations in the body, and those weaknesses, which relate to unique ways in which these cells choose to metabolize energy, can be exploited or targeted with particular therapies. Our project seeks to test the theory that specifically targeting metabolic weaknesses in stem cell populations can lead to deep and durable responses for patients with myeloid malignancies. These discoveries will help us to learn how these diseases can ultimately be cured, and will set the stage for the necessary clinical trials that will be designed to do just that. 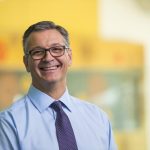 Osteosarcoma (OS) is a common and devastating cancer of the bone which occurs in both dogs and humans. Upon diagnosis, the majority of dogs require amputation and chemotherapy.  Despite this, most relapse within a year of diagnosis.  In humans, OS is the most common bone tumor of adolescents and young adults (AYA). Pediatric and AYA patients with metastatic OS at diagnosis or who relapse after frontline therapy have an extraordinarily poor prognosis, with only a 20-30% survival at 5-years.  Despite concerted attempts, these outcomes have not changed in >25 years.

Due to similarities in genetics, biologic behavior and treatment responses, canine OS is considered the best model of pediatric and AYA OS. We have used this model to investigate new immunotherapies and some of these have been translated into human trials (NCT03900793).  In preliminary studies, we have determined that canine OS overexpress a protein known as B7-H3, which is absent in normal dog tissues (heart, liver, brain, kidney and spleen).  We also find that both dog and human OS are infiltrated with tumor associated macrophage (TAM), which suppress immune responses to the tumor.  The Dow lab has designed and tested methods to deplete these TAMs and the Verneris lab has been testing ways to target B7H3 using cellular immunotherapy with chimeric antigen receptors (CARs).  Here, we will bring these two approaches together to test whether the improve outcomes in rodent xenograft models and in pet dogs with macroscopic pulmonary OS metastases in a clinical trial at CSU. 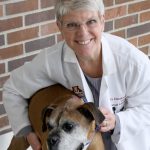 Glioblastoma (GB), one of the most common tumors of the brain, has no known cure and human patients diagnosed with this awful disease survive an average of 14 months despite aggressive therapy. Our immune system is made to naturally attack foreign materials that invade our bodies, such as viruses, bacteria, or abnormal (tumor) cells. However, many tumor cells, including GB, have the developed the means that allows them to hide from the normal immune response so they can grow and spread inside our bodies. We discovered methods to expose these tumor cells to the normal immune response that then allows killing of tumor cells. We developed a small compound (peptide) that binds to tumor cells and makes them vulnerable to immune cells that can then kill them. In this project, we will devise a method to deposit that peptide into the normal brain tissue around the site of tumor removal that usually contains invasive tumor cells. Then other injections will be given that will stimulate immune cells to attack any remaining tumor cells. This new treatment will be used in pet dogs that naturally develop GB-like brain tumors but are rarely offered effective treatment. If this treatment is successful in dogs, similar treatment will be used in human GB patients. 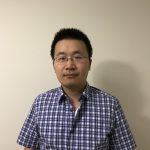 Scientists have given immune cells a detector for B-cell acute lymphoblastic leukemia (ALL). They called these cells CAR T cells. In some patients, these CAR T cells disappear before they can clear the tumor. In others, these cells become too exhausted to work. We have recently identified the molecular code that prevents T cells from dying off or becoming exhausted. With the funding support, we will use this molecular code to make CAR T cells stay in cancer patients longer and clear B-cell ALL more effectively. We hope to use this strategy to cure a much larger population of pediatric cancer patients with B-cell ALL. 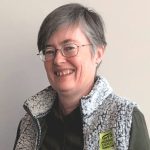 In 2012, Morris Animal Foundation launched its Golden Retriever Lifetime Study primarily to explore the risk factors related to cancer in golden retrievers. The Study has been following 3,044 dogs throughout their lives, collecting wide-ranging data on each animal each year, including environmental exposures, behavior, medical diagnoses, medications, diet and more. Golden retrievers were selected for this study because they are diagnosed with cancer at a much higher rate than most other breeds of dogs, and some of the most common cancers in golden retrievers are closely related to common human cancers.

This grant relates to genomics of our enrolled Study dogs. We will first test DNA samples from all of the dogs. We will be looking for small variations in hundreds of thousands of places along the DNA strands. Some variations may imply that a dog has a greater risk of a certain cancer type or one of the other diseases we are documenting. Similar studies are done for humans, but the advantage in dogs is that such information might ultimately be used in breeding programs to reduce the occurrence of cancer in the first place.

A second aspect of the grant will focus on biopsy specimens. We receive biopsy specimens from many of the cancers diagnosed in our Study dogs. We will be conducting a very detailed analysis of DNA, called sequencing, in these cancer tissues. Cancers occur due to changes in the DNA, called mutations. This study will allow us to determine which mutations are occurring in certain cancers that have similarity with those occurring in human patients. These include lymphoma (a cancer of white blood cells), osteosarcoma (bone cancer), and hemangiosarcoma (cancer of blood vessels). This information may lead to further studies on how to prevent and treat these cancers in both dogs and humans. 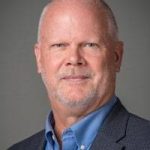 In 2012, Morris Animal Foundation launched the Golden Retriever Lifetime Study primarily to explore the risk factors related to cancer in golden retrievers. The Study has been following 3,044 dogs throughout their lives, collecting wide-ranging data on each animal each year, including environmental exposures, behavior, medical diagnoses, medications, diet and more. Golden retrievers were selected for this study because they are diagnosed with cancer at a much higher rate than most other breeds of dogs, and some of the most common cancers in golden retrievers are closely related to common human cancers.

The data being collected by the Golden Retriever Lifetime Study is freely available for academic research via the Morris Animal Foundation Data Commons. The goal of the current project is to augment the Data Commons with high-resolution genotype data on each of the dogs and, eventually, complete DNA sequence data on all of the dogs diagnosed with cancer, along with a suitable number of other dogs as controls. As the genotyping and sequencing is completed, Morris Animal Foundation will perform preliminary data validation and analysis, and then incorporate the data into the Data Commons, where it will be available to everyone with an account. This will enable researchers from institutions around the world to participate with us in the effort better understand canine cancer as well as inform human cancer research.

Morris Animal Foundation Data Commons accounts can be requested by anyone involved in academic research by completing the registration form on the Data Commons website. 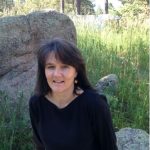 Acute myeloid leukemia is a cancer of bone marrow cells. It can be difficult to treat, particularly in young patients. The disease can differ from one patient to another, depending on the kinds of mutations that are found in the cancer cell. Different mutations may respond to different treatments.

Dogs also develop acute leukemia. In this species the outcomes are dismal, with most dogs being euthanized within days of the diagnosis because of poor quality of life. Currently available chemotherapy is ineffective in this species.

In this project we will sequence DNA and RNA from 100 cases of naturally occurring acute leukemias in pet dogs. Our goal is to find mutations and gene expression patterns shared between dogs and people. Once these shared features are identified, new treatments can be devised which can be tested first in dogs, and if successful, translated to humans. This approach offers a chance at better therapies in both species.