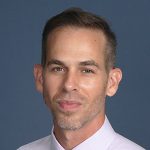 Invasive ovarian cancer is one of the deadliest types of cancer in the world, as less than 30% of these patients remain alive after 5 years. Treatment options are limited for these women, as they usually do not respond well to a new type of therapy that uses the patient’s own immune system to fight cancer. This is despite the fact that ovarian cancer does often have high numbers of T cells – an immune cell that has an ability to kill cancer cells. Therefore, identifying ways to improve the T cell’s ability to kill ovarian cancer cells will likely improve the outcome of these women. To this end, we have discovered a mutation in a molecule found in ovarian cancer cells that is associated with an improved outcome. Importantly, we have found the mutated version of this molecule is linked with increased T cell activity in ovarian cancer. Therefore, our study is designed to understand the connection between this molecule and immune cell activity. Our work will explain a new way that T cells in ovarian cancer can be stimulated to kill cancer cells and will improve our understanding of how immune activity is orchestrated in this disease. We expect that the completion of this work will drive the development of drugs that can target this molecule in cancer cells to improve responsiveness to ‘immune therapies’ and to significantly improve the outcome of women with ovarian cancer.

Funded in collaboration with ESPN

Black women have significantly higher breast cancer death rates compared to Non-Hispanic White women. This difference represents an important public health concern and an important target for the development of solutions. Cancer clinical trials are important in solving the differences that exist in cancer health care between Black and White patients, because they provide high-quality, guideline-driven health care. It is important to have clinical trial participants be similar to that of the general population, so that any development of new drugs or interventions from these clinical trials are effective for everyone in the population. Unfortunately, Black women are substantially underrepresented among cancer clinical trials. Consequently, given their lower participation, any positive outcomes from such trials may not be relevant to Black patients. If not corrected, this will lead to continued differences in cancer health care between Black and White patients. The most commonly identified barriers affecting participation in clinical trials among Blacks, include issues of trust, experimentation, poor communication, and access. These issues need to be addressed because, Black patients participate at similar rates compared with White patients when offered clinical trials and help with any barriers. We are part of the largest health system in the state of New Jersey and serve large populations of Black patients. We offer a variety of cancer clinical trials and we propose to put into action, a comprehensive program using patient navigators, patient advocates, marketing and communication, and physician engagement to increase awareness and participation of Black breast cancer patients in clinical trials. 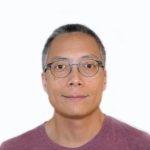 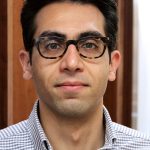 Chronic lymphocytic leukemia (CLL) is the most common leukemia in the Western world. CLL starts in the bone marrow in a type of white blood cells called B-lymphocytes. Standard chemotherapy has been successful in treating most patients, but drugs often are not effective when a small group of leukemia cells have specific changes in their DNA. In our earlier work, we used advanced DNA sequencing and found mutations that were present in only a few leukemia cells. These mutations, which were not found by common approaches in the clinic, changed the function of a gene called TP53. The cells that had these mutations became the major leukemia population when CLL came back. To treat such high-risk patients, new drugs have been developed, which disrupt the processes that leukemia cells use to interact with their environment. Similar to resistance against chemotherapy, some cells, which may have alterations that stop the drug from working, are not killed and can result in CLL’s return. In this project, Rutgers Cancer Institute of New Jersey and the Institute of Oncology Research will work together to analyze patient samples collected during treatment in a clinical trial, and apply highly sensitive experimental approaches to thousands of single leukemia cells to develop models that help us understand how CLL cells behave and change under new therapies. We will test our results in independent groups of patients who are being treated with the same drug, with the goal of finding new ways for doctors to diagnose and treat patients.

Funded by the UNICO Foundation
In memory of Len Sodini 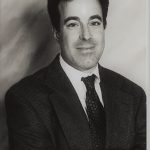 Funded by the UNICO Foundation
In memory of James Mattiace