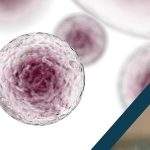 In the world of science, you have to keep an open mind. Changing your viewpoint in response to new information doesn’t make you a “flip-flopper” – it makes you a good investigator. For many years, antioxidants were thought to help limit the growth of cancer cells. However, recent studies have called this into question, hinting antioxidants might actually help fuel cancer growth and metastasis in certain types of tumors.

When Cancer and Inflammation Connect

Christine Chio, Ph.D., of the Herbert Irving Comprehensive Cancer Center in New York, is leading the charge on this research. She had long been interested in the intersection of cancer and inflammation, another process thought to be influenced by antioxidants. In 2018, she received a V Scholar Grant from the V Foundation for Cancer Research to study how antioxidants affect KRAS mutant cancers.

“Antioxidants are familiar to a lot of people, because you see it on TV and you hear about them on social media,” said Chio. “In general, the perception is antioxidants are good for you in a sense that they prevent aging and they prevent cancer. But what our lab has found is that if you remove antioxidants from the cancer cells, it’s actually bad for them.”

Bad news for cancer cells can mean good news for patients. At least in the case of KRAS mutant pancreatic cancer, Chio’s research suggests less is more when it comes to antioxidants.

Antioxidants get their name from the fact that they stop oxidation, a chemical reaction that can produce byproducts that damage living cells. Chio and her team wanted to know how oxidation affects proteins in a tumor. They discovered by controlling whether a protein is oxidized or not, they could change the protein’s activity. That seemingly small change could be enough to influence whether a pancreatic tumor grows a lot or just a little.

“One thing that we have specifically focused on is the translation machinery, which is a machinery within cancer cells that controls which proteins are being made and how much,” explains Chio. “We found that the types of proteins being produced in pancreatic cancer cells are mostly involved in controlling glucose metabolism. This mechanism is all being controlled by one protein, and through our collaboration with a chemist at Boston University, we are now able to develop a small molecule inhibitor that specifically blocks the activity of this protein.”

Simply put, following the trail of oxidation helped Chio zero in on a protein that acts as a control center for many of the cancer cell’s core functions. In addition to giving scientists a more nuanced understanding of antioxidants and cancer, her team’s work has led to a new experimental drug that could bring renewed hope to patients with pancreatic cancer.

Chio notes these positive findings may never have happened if not for the V Scholar Grant she received from the V Foundation.

“It was the first grant I got in my lab, and I think it was a catalyst to everything we’ve done in the past few years,” said Chio. “Our work is expensive, and it’s high risk; so conventional funding mechanisms will not usually be supportive of this type of proposal. I’m very, very grateful that the V Foundation thought it was worthy of funding. And this has led to where we are right now.”

Chio said she hopes further insights into oxidation in cancer cells could help researchers find ways to make them more susceptible to immunotherapy, and hopefully, begin to show improvements in the survival rates for those facing a pancreatic cancer diagnosis. 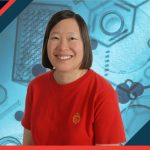 In sports, the star of the team always gets the attention. Sure, they’re putting points on the board and getting interviewed after the game. But in any team sport, no star can win without the teammates who are doggedly doing their part in the background. In the world of cancer research, T cells are the stars. They kill cancer cells and score the points for the immunotherapies that have become the hottest trend in the field. Yet there are other, often overlooked, teammates that could be critical to leading the T cells to success: B cells. 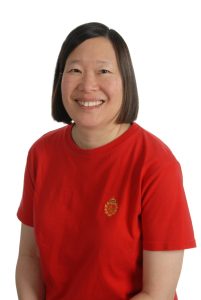 Clare Yu, Ph.D., of the University of California, Irvine, is part of an interdisciplinary team of researchers studying how the spatial arrangement of T and B cells in a patient’s tumor affects their prognosis. Her team’s discoveries highlight the importance of the immune cells’ location and underscore the need for a closer look at how B cell teammates support the star players.

Yu, who received a Designated Grant from the V Foundation in 2015 (which was made possible in partnership with Stand Up 2 Cancer), teamed up with Peter Lee, M.D., and his team from City of Hope to take a look at how immune cells are spread inside a tumor. Their idea was the placement of these cells and the interactions among different cell types might influence how well a patient responds to immunotherapy.

“We wanted to think of cancer and the tumor as an ecosystem,” said Yu. “A tumor isn’t just a bunch of cancer cells. They’re in an environment with many different kinds of cells, including cancer cells, immune cells, cells that make fibers, and so on. That’s the tumor microenvironment.”

The team studied the tumor microenvironments of patients undergoing immunotherapy, a treatment that teaches T cells to seek and destroy cancer. Looking at triple negative breast cancer, one of the most aggressive forms of the disease, the team uncovered a clear correlation: When T and B cells were more clumped together or aggregated inside the tumor, there was a higher probability that the tumor would recur. Meanwhile, if the immune cells were more spread out, the prognosis was much better, and the cancer was less likely to come back.

That discovery led Yu to an important question: Are B cells doing more than previously thought?

Looking to the Future

“B cells are famous for making antibodies, but they also do other things like secrete chemicals to tell other immune cells what’s going on, or find a little piece of bad proteins called antigens, and show them to the T cells and say ‘Hey, you should take a look at this, something bad is going on,’ ” said Yu.

We know that prognosis is better when they are spread out, but we don’t yet understand why they are where they are. If we understood these things better, we could make drugs and treatments to help direct the placement of immune cells.Clare Yu, Ph.D.

Yu said she hopes her work will lead to further studies on the role of B cells in tumors, a line of inquiry that will undoubtedly rely on research teams that combine multiple areas of expertise.

“I think the future of cancer research is more of these convergence themes and interdisciplinary teams, because you get new perspectives and different ways of looking at things,” said Yu. “That leads to new techniques and new tools that can be used not only in the lab, but in the clinic as well.”

Yu, who is herself a breast cancer survivor, said she hopes continued research will lead to cancer becoming something manageable and treatable and doesn’t come with the fear of a death sentence.

“There would be a lot more hope and not as much fear,” said Yu.

More hope. Less fear. Now THAT would be a Victory Over Cancer®. 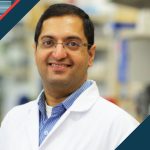 Leukemias are the leading cause of cancer-related death in children. Even among the large and growing proportion of children who survive leukemia, there is a dire need for new, gentler therapies that can reduce the debilitating side effects of treatment.

Aniruddha Deshpande, Ph.D., and colleagues at the Sanford Burnham Prebys Medical Discovery Institute in La Jolla, Calif., aim to give more children a fighting chance by focusing on a particular mistake some cells make when manufacturing proteins from genes. Their research could open doors to better treatments, not only for pediatric leukemias, but potentially for cancers across the board.

The Importance of Fusion Proteins

A fusion protein happens when two genes fuse together and take on a life of their own. This fusion creates wayward proteins that take the brakes off of cell proliferation, causing cells to grow uncontrollably. In other words … cancer.

Deshpande and his team are studying how fusion proteins differ from normal, individual proteins. “First, we use genetic tools to find out what genes are important,” said Deshpande. “Then, we try to find drugs that can reverse this oncogenic programming.”

This exciting work was made possible in part when Deshpande received a V Scholar Grant in 2016, which was funded by the V Foundation Wine Celebration.

“If you identified a drug that could specifically target a fusion protein that is there in your cancer but absent in normal cells, then you have a therapeutic window where you would selectively kill tumor cells but spare normal cells, which is the essential thing that you need to do to reduce the toxicity of drugs,” said Deshpande.

The good news is many of the drugs that target these fusion proteins already exist. What’s more, researchers have recently discovered that fusion proteins occur in many other types of cancer, not only blood cancers. This means fusion protein targeting drugs could bring better, gentler treatment options for patients with a wide range of cancer types.

“If you find that a patient has a certain type of fusion and if there is a drug that targets it, you know almost immediately that you have the potential to see a tremendous response that you otherwise might not see,” said Deshpande. “One of the things people are looking for is a treatment that can kill only cancer cells while sparing normal cells. These offer a really wonderful possibility because you don’t have these fusions in normal, non-cancerous cells.”