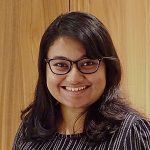 CAR-T cells are a new therapy where a patient’s own white blood cells are isolated, modified in a dish to better recognize their tumor, and infused back in. These engineered T cells have transformed the treatment of blood cancers and are being actively considered for solid tumors such as triple-negative breast cancer (TNBC) and ovarian cancer. Unfortunately, CAR-T cell treatment success has been limited partly because these cells eventually lose their ability to control tumors in a process called T cell exhaustion. Understanding why CAR-T cells become exhausted in solid tumors is absolutely required to improve patient outcomes and get better immune-targeted treatment responses. These dysfunctional T cells show many defects, including overproduction of a receptor known as PD-1 that inhibits T cells. It is not currently known why high levels of PD-1 are found on exhausted CAR-T cells and what the consequences of high PD-1 expression are. We hypothesize that by focusing on exhaustion-specific regulation, we can rewire CAR-T cells to prevent PD-1 mediated dysfunction in tumors while minimizing side-effects. These will be attractive targets for translation to early-phase CAR-T clinical trials in breast cancer, ovarian cancer, and other solid tumors, where there is intense interest in reducing T cell exhaustion. 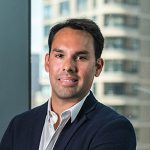 Humans are genetically diverse and exhibit variable susceptibility to developing diseases with a strong genetic component, leading to significant health disparities. The mechanisms by which certain genetic alterations differentially impact disease development and progression depending on the genetic background and the type of genetic lesion remain poorly understood. To tackle these problems, my group has developed sophisticated methods to rapidly engineer and probe endogenous gene function in primary cells and tissues of living animals in a manner that is agnostic to an individual’s genetic background. My lab is using these methods to elucidate the specific ways that different genetic alterations influence cancer development, progression, and therapy responses, with the goal of using this knowledge to better diagnose and devise novel strategies to target cancers in a more precise, personalized manner. 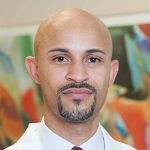 Adult midline gliomas are aggressive, unresectable tumors for which no curative treatments exist. These tumors are caused by faulty ‘epigenetics’ i.e. problems in the way cells switch certain genes ‘on’ or ‘off’. Our research is studying a protein complex called PRC1, which we have found these tumors use to keep certain genes switched off to promote growth. We aim to understand how PRC1 functions so that we can devise novel ways to target this pathway and develop new treatments for this disease. 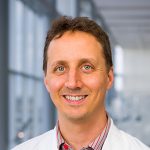 New cancer drugs are needed to improve quality of care, deliver cures, extend life and prevent relapse. We need to hunt in new places or in places that are not yet fully explored to come up with ideas for better drugs. We have focused on a previously overlooked area that is prime for exploitation, namely how DNA is packaged into cancer cells. DNA is the instruction manual of the cell and must be copied forward when cancer cells divide, a process called DNA replication. However, because DNA is so long it must be packaged correctly into the cell nucleus after it is copied. The cell makes a large number of DNA-packing proteins called histones to accomplish this task. We aim to find ways to attack a cancer cell’s ability to make histone proteins as a new cancer treatment strategy. We expect this be safer (less toxic) than targeting DNA replication itself, and hope to find ways to target it specifically to cancer cells. To do this, we are focused on the details of the DNA packing problem, by digging into the cellular components that control this process and asking molecular questions using the latest technologies. We want to understand how this process works better and how it goes awry in cancer cells so that we can exploit our findings for new drugs. 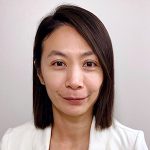 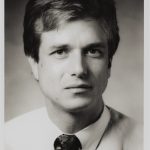 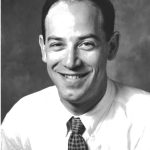