In the past few decades, immunotherapies have emerged as an important treatment option for many cancers. These treatments activate our immune system, priming it to recognize and destroy cancer cells. While these therapies offer great promise, there’s still much work to do. Scientists are still trying to understand why some patients don’t respond to these treatments and why new immunotherapies that work well in animal models don’t always translate to people. 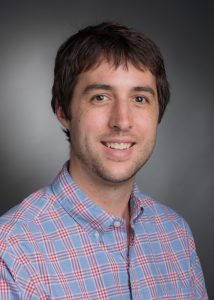 With support from the V Foundation, Philip Kranzusch, PhD, from the Dana-Farber Cancer Institute is studying how immune cells communicate with each other to fight cancer. He said he hopes decoding the signals cells sent through a pathway known as cyclic GMP–AMP synthase (cGAS) stimulator of interferon genes (STING) could help scientists optimize immunotherapies that involve these signals.

“cGAS-STING is a signaling pathway that allows immune cells to sense foreign DNA, including that from tumors,” said Kranzusch. “Although we know that STING is activated in immune cell responses, many aspects of how it works remain unknown.”

Looking to bacteria for answers

Although quite a few researchers have studied the human cGAS-STING pathway, Kranzusch’s team decided to take a different approach by looking to ancestrally related proteins to tease apart details of how this pathway works.

“The human version of STING can be thought of as a complex machine with multiple layers of regulation,” said Kranzusch. “Looking for differences between STING found in primitive systems and humans can tell us about its function and regulation in people.”

In work led by Benjamin Morehouse, PhD, a senior postdoctoral fellow in Kranzusch’s lab, the researchers made the surprising discovery that STING also exists in bacteria. Building on this finding, they compared the molecular structure of bacterial STING proteins with that of human STING proteins.

“We discovered that bacterial STING proteins are much simpler than what is found in humans,” said Morehouse. “This let us identify the core machine function and then see how layers of regulation have been added on in humans, adding more clarity to the mechanisms of how STING functions.”

This work, published in Nature, shows cGAS-STING is much more ancient than scientists thought. It also offers a new approach that can be used to answer more questions about how these proteins actually work in human cells.

“We think that hundreds of millions of years ago, this pathway originated in bacteria as a way to defend themselves against viruses,” said Kranzusch. “Then through evolution, it was transferred into animal genomes and eventually became the human pathway that’s important for cancer immunotherapy.”

The team’s discoveries could help inform cancer treatments that target STING, some of which are in development at pharmaceutical companies. Armed with new knowledge about STING structures and which pieces are unique to humans, scientists can design medicines capable of generating a stronger antitumor response in more patients.

The V Foundation’s support for the lab has been incredible,” he said. “All of the many projects that have grown out of this research have been because the V Foundation was one of the first to take the chance with our lab and support our research.Philip Kranzusch