CAR-T and other cellular immunotherapies boost the ability of the body’s own immune system to find and attack cancer cells. With a translational grant from the V Foundation, Ian Davis, MD, PhD, from the University of North Carolina Lineberger Comprehensive Cancer Center in Chapel Hill, is working to find ways to increase the sensitivity of tumor cells to CAR T-cell therapies so that more patients can benefit from them.

“Cellular immunotherapies are well tolerated and cause fewer long- and short-term side effects than today’s standard chemotherapy treatments,” said Davis. “If we can figure out how to enhance these therapies, they might, at some point, be able to displace the standard chemotherapy as a frontline treatment for solid tumors in children.” 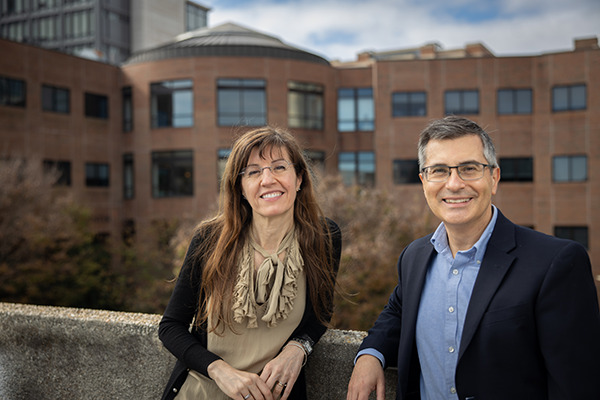 Using the immune system to hunt down cancer

CAR T-cell therapies work by training a patient’s own immune cells to fight cancer. First, doctors remove some of the patient’s T cells via a blood draw. These T cells are then modified to seek out and attack cancer by homing in on specific targets, called antigens, on the surface of cancer cells. The modified T cells — known as chimeric antigen receptor T cells, or CAR-T cells — are then reintroduced into the patient.

For this approach to work, the cancer cells must have the specific antigen that the T cell has “learned” to recognize. However, in many cancers that marker isn’t expressed by 100% of the tumor cells, and in some cases the cancer cells stop producing that antigen as the immunotherapy begins to take effect, allowing them to evade the modified T cells.

In the V Foundation project, Davis is applying his lab’s expertise in epigenetics – changes that affect gene expression without modifying the genetic code – to identify potential drugs that could help ensure cancer cells produce these antigens and keep them on their surface, providing a beacon for CAR T-cells to find and destroy the cancer.

Working with Barbara Savoldo, MD, PHD, a UNC Lineberger researcher who has been developing CAR-T cell therapies, Davis and his team began by exploring a class of medications that target a molecule called EZH2. Although these medications were known to boost expression of the GD-2 antigen on certain tumor cells, it wasn’t clear whether this was also the case for other cancers. The researchers found that these medications did indeed enhance GD-2 expression in several different types of cancer cells, including those from Ewing sarcoma and osteosarcoma. Additional studies also showed that cells with GD-2 turned on were dramatically more susceptible to CAR-T cells.

“Even for neuroblastoma, which is known to express GD-2, this molecule turned on GD-2 in cells that don’t normally express it at high levels,” said Davis. “In general, we found that this molecule decreases the variability of expression across the population of tumor cells, which could make them, as a group, more targetable by the cellular immunotherapy.”

To find out if other medications could produce the same effects as the one that they studied, the researchers collaborated with colleagues in the Center for Integrative Chemical Biology and Drug Discovery at the UNC Eshelman School of Pharmacy. “They have spent many years designing and curating a library of molecules that can affect epigenetics,” said Davis. “We used this library to screen for molecules that turned on the GD-2 antigen on several Ewing sarcoma and osteosarcoma cell lines.”

They found many of the drugs targeting EZH2, and even those that targeted proteins that interact with EZH2, also turned-on GD-2. Their studies also revealed other classes of molecules that activate this target. In studies using animals, the researchers also found that combining multiple drugs together could boost their effects and further enhance GD-2 expression on Ewing sarcoma cells.

“After performing additional cell and animal studies, we hope to be able to incorporate some of these medications into pediatric clinical trials that are using CAR-T cells,” said Davis. “We’re also looking into whether these medications might be useful for other types of tumors, including adult cancers.”

Davis says that the V Foundation translational award made it possible for him to bring together researchers with skills in immunotherapy, drug discovery and cancer epigenetics to jumpstart this project so that they could get the preliminary data necessary to apply for other grants. The group recently received a grant from the National Pediatric Cancer Foundation to expand their work into other kinds of immunotherapies, in addition to CAR-T therapy. 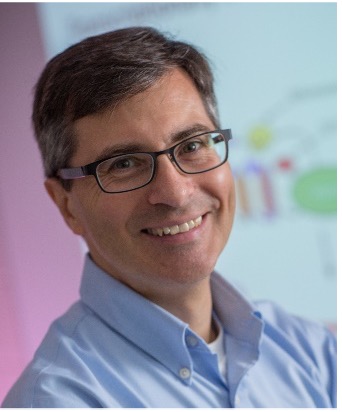 After finishing an MD-PhD program, Davis went into pediatrics because he was fascinated by the ways that genetics influences every aspect of development and disease across the entire lifespan, starting in childhood. “I thought I would do anything but study cancer because I felt like so many other people were in this area, and I wanted to do something different,” said Davis. “But when I started treating children with cancer, I realized the potentials and limitations of these treatments and what it means to families that we can be both dedicated to research as well as compassionately caring for their child.”

As a clinician-researcher, Davis says that victory over cancer would mean developing therapies that are less toxic so that cancers can be treated more like other diseases that are either cured or managed. “Today’s chemotherapy, especially for solid tumors, is intense in terms of the side effects, the amount of therapy people get, the amount of time they're in the hospital and the long-term consequences,” he said. “I would like to see us get to the point where children with cancer receive a more precise, yet still effective, treatment – without all the side effects.”