Always smiling despite challenges from permanent effects of cancer treatment 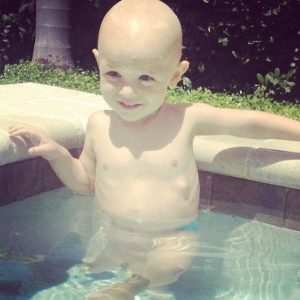 A vibrant toddler with an abundance of energy and a contagious belly laugh, Cannon Wiggins was learning to walk when he fell at the pool one summer day. His parents, Michael and Melissa, thought he’d be fine after a few kisses and band-aids, but a week later, Cannon was still limping. Thinking he strained a muscle, his parents took him to an orthopedic specialist. However, tests soon revealed tumors had metastasized all over Cannon’s body. Cannon had stage 4 neuroblastoma – one of the deadliest types of pediatric cancer with a five-year survival rate of just 50%.

Heartbroken, Michael and Melissa quickly learned there were no standard protocols and no good options. The two available treatment protocols both used adult chemotherapy, with no guarantees of success and known long-term side effects such as stunted growth, infertility, loss of teeth and more. Cannon’s treatment used a bladder cancer drug approved in the 1970s that inflicted excruciating pain. 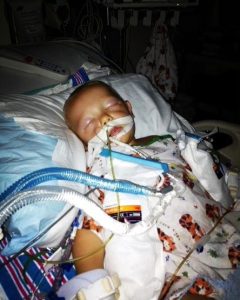 Before the third round of chemotherapy, Michael was presented with a waiver to sign, acknowledging the treatment causes hearing loss in 80-90% of children. “I faced choosing a drug which gave Cannon a lifelong disability but also a chance to live,” said Michael. “The alternative was death. We should not have these horrific tradeoffs for our kids.”

Hearing loss is common for kids battling cancer because the treatments are designed for adults, not children’s developing bodies. As a result of his cancer treatment, Cannon said no words until he was 3 1/2 years old, after receiving his first hearing aids and undergoing intensive speech therapy. Until then, he couldn’t talk about what he was going through; he could only point at things and scream. The drug Cannon was given does not cause hearing damage or loss in adults. It is still used on children to this day.

“Research is key. We need more treatment options and cures—cures that will not have painful, debilitating and deadly long-term side effects on a child’s life,” said Melissa. 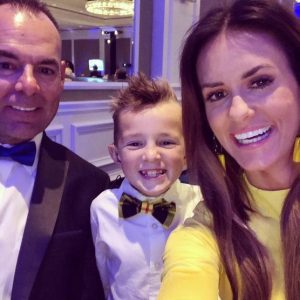 Fortunately, Cannon’s story is one of survival. Always smiling, Cannon enjoys biking to school, playing flag football with his friends, and of course, playing Minecraft. Despite the many side effects of his treatment, he is a thriver. Yet so many other children have devastating outcomes – precisely why Cannon and his parents staunchly advocate and raise funds for pediatric cancer research. “What we do is for the kids diagnosed tomorrow,” said Melissa.

You can join Cannon and put a stop to childhood cancer. Learn more at https://www.v.org/research/specialfunds/pediatrics/.