Peer through a microscope at almost any cell in your body and you’ll find 23 pairs of chromosomes—neatly coiled bundles of DNA containing all of the genetic instructions needed to make your body and keep it running. But look at a cancer cell and you may notice something unusual. Instead of the typical 23 pairs, many tumor cells have extra or missing chromosomes, a condition called aneuploidy. Solving the mystery of why cancers exhibit aneuploidy could help scientists develop more effective treatments, including therapies that can better target cancer cells while sparing normal cells. 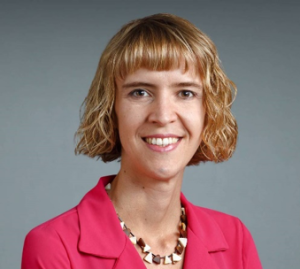 However, studying aneuploidy isn’t easy. Scientists can inactivate single genes to identify their function, but the addition of just one chromosome affects the expression of thousands of genes. In an important advance aided by a V Scholar grant, Teresa Davoli, Ph.D., from the New York University School of Medicine is developing a new technology that makes it possible to add or delete individual chromosomes in cells.

“Much of today’s cancer treatment research is focused on specific genetic mutations that are usually present in a relatively low number of patients,” said Davoli. “Because aneuploidy is present in virtually all patients with solid tumors, understanding which cells are vulnerable and the role aneuploidy plays in cancer could lead to treatments that help a lot of people.”

A tool for chromosome editing

“To learn more about what aneuploidy is doing in tumor cells, we can compare cells in which we’ve added chromosomes to those with which we’ve removed chromosomes,” said Davoli. “One of the first cancers we want to examine is colorectal cancer, which tends to exhibit extra copies of chromosome 7 or 13.”

Chromosome-specific aneuploidy might also prove to be a useful biomarker, or indicator, of how a patient will respond to certain therapies. “Work we’re conducting in collaboration with Scott Lippman, Director of the Moores Cancer Center at the University of California San Diego, is showing that the deletion of specific chromosomes was associated with a poor response to immunotherapy in head and neck cancer,” said Davoli.

Davoli is also collaborating with New York University researchers who want to use the new technology to study other diseases that involve aneuploidy – such as Down syndrome. It might also be useful for examining how certain biological processes differ between men and women.

Davoli says that the V Foundation funding was crucial to giving her the time to develop the new technique, a process that has taken several years. “Our proposal was relatively risky, and the aneuploidy field is more obscure than other areas of cancer research,” she said.

The work we did with V Foundation support has led to early-stage investigator funding from the National Institutes of Health to continue with this research.Teresa Davoli, PH.D.