CARY, NC (December 8, 2022) – Jeanette Lee, world-renowned pool player and V Foundation Ambassador, will be featured in “Jeanette Lee Vs.”, a 30 for 30 film by ESPN documenting her life, career, and health battles. The documentary airs December 13 at 8 p.m. ET on ESPN.

Dubbed the ‘Black Widow’ in the pool community for her ability to “eat her opponents alive” at the pool table, Lee was one of the greatest women’s pool players in the history of the sport. After picking up the sport at age 18 and turning professional at 21, she became the top-ranked women’s player in the world at 23. She was named the Women’s Professional Billiard Association (WPBA) Sportsperson of the Year Award in 1998 and won the gold medal for the United States at the 2001 World Games in Japan. She was inducted into the WPBA Hall of Fame and the Billiard Congress of America Hall of Fame in 2013.

Lee was diagnosed with stage IV terminal ovarian cancer in February 2021. A mother of three daughters, Lee was adamant on fighting hard, even when the odds were not favorable. She underwent several harsh treatments and, in May 2022, Lee announced that her chemotherapy treatments were successful.

As a V Foundation Ambassador, Lee has been a spokesperson for the organization using her influence and following on social media to raise awareness about the importance of cancer research. Lee recently appeared on a panel at the V Foundation’s Wine Celebration in August. As part of the panel, Lee and others discussed the importance of women’s athletics, the progress that has been made in leveling the sports playing field.

“I learned a lot and was very impressed by the work of the V Foundation from attending the Dick Vitale Gala and then its event this summer in Napa. I had been looking for a way to use my challenge with ovarian cancer to help others with their fights. The V Foundation gives me that opportunity. I am very proud and pleased to be named one of their Ambassadors and I look forward to working with them to fight this awful disease. The ESPN 30 for 30 is a great vehicle to jumpstart that effort.” 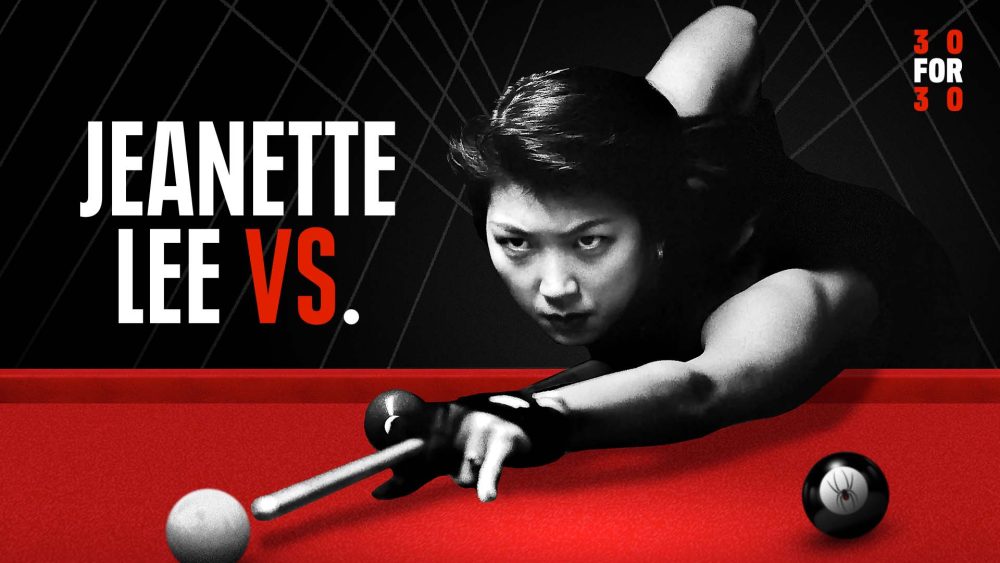 “Jeanette Lee Vs.”, directed by Ursula Liang and produced by Cora Atkinson, premiered at the DOC NY film festival in November, but is set to make its television debut December 13 on ESPN. The documentary highlights Lee’s life, career, health concerns and battle with cancer. It is part of the renowned 30 for 30 series produced by ESPN. After the television premier, the documentary will be immediately available on ESPN+.

Following the documentary, The American Poolplayers Association will host a podcast featuring live discussions about the film including call-in interviews with Jeanette, the producers of the film, people who appeared in the film and others who have been important during Lee’s journey. In addition, Jeanette will talk about her relationship with the V Foundation and the importance of cancer research. The “Talkin’ Jeanette Lee Vs.” podcast will air at 9 p.m. ET on the APA Facebook Page, @poolplayers.

About the V Foundation for Cancer Research
The V Foundation for Cancer Research was founded in 1993 by ESPN and the late Jim Valvano, legendary North Carolina State University basketball coach and ESPN commentator. The V Foundation has funded over $310 million in game-changing cancer research grants nationwide through a competitive process strictly supervised by a world-class Scientific Advisory Committee. Because the V Foundation has an endowment to cover administrative expenses, 100% of direct donations is awarded to cancer research and programs. The V team is committed to accelerating Victory Over Cancer®. To learn more, visit v.org.